The cars of Mammootty’s ‘Bheeshma Parvam’

The attention to detail in recent Mammootty-starrer Bheeshma Parvam is not limited to costumes and set design. Known for his keen eye as director, Amal Neerad has extended it to the tiniest aspect of each vehicle used, vetting them personally. Unlike the usual practice of sticking to one source, the vehicles came from more than one person. Some are industry regulars, while others are private collectors. How Bichu Benny, a supplier of medical supplies, came to rent his 1984 model Premier Padmini, and a couple of other vehicles for the film is purely by chance. Director Amal Neerad saw Benny drive past his home in Kochi’s Pullepady. “We live in the same area, and he saw me driving the car. He sent his assistant over to enquire and it became part of the film.” 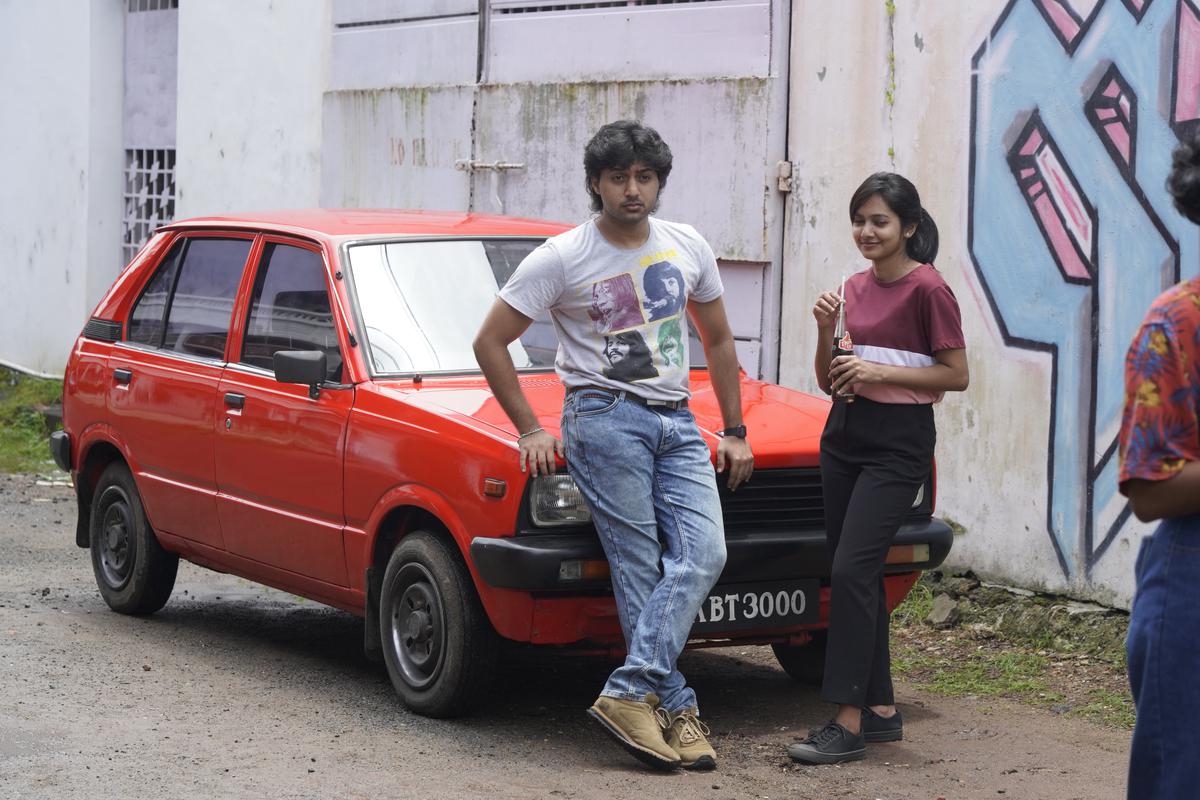 The film, set in the late 1980s, has a number of vehicles — cars, motorbikes and even autorickshaws — sourced from collectors across the State and even Tamil Nadu. “He (Amal Neerad) was very particular about each vehicle. They had to be original; for instance, PU (polyurethane) paint was a no-no [as it is too shiny] as were fittings/modifications that were not of the period. Even the accessories in my vehicles are original,” adds Bichu, whose other vehicles, including an Ambassador car, a 1974 Model D Yezdi and a 1979 Vespa scooter, feature in the film. It helped that he maintains his vehicles in their original state but in a working condition. Though this is his first experience of films, his relative, George Jojen, has been renting out his vehicles for films since 2012 ( Amen). The autorickshaw in the opening scene of the film is his with the original registration number. He has built a collection of autorickshaws from across the State, which he rents out to films. Most of Jojen’s vehicles are in running condition. One of his Premier Padmini cars, used by Soubin Shahir’s character, was repainted black, in accordance with the requirements of the film — a common practice in the industry for cars used in films. The car was a signature Mumbai taxi with a yellow top and black body, with the original taximeter, which was also removed.

There are times that more than one vehicle features in a sequence. For instance, four cars were used in Kurup for the scene where Charles is killed and the car set on fire, says Prabhu Kaduvil. Four 1979 Mark II Ambassador cars were used to film the action inside and outside the car, two of which go up in flames. The rates for the vehicles are fixed on a per day, per vehicle rate; they usually start at ₹5000. A large percentage of the earnings goes into the upkeep of vehicles.

Prabhu Kaduvil from Thrissur supplied seven vehicles for Bheeshma Parvam from his collection of 18 vehicles, which includes cars and two-wheelers. For him, like Benny, the interest started with restoring vehicles, and today, he has supplied for many Malayalam films, including Kurup, Pada and Arattu. If Benny started with a two-wheeler, Luna, for Prabhu, a civil engineer, it was a 1969 model Jawa motorcycle.

While the usual practice for filmmakers is to opt for one supplier, this is the first time a unit is roping in many private collectors, says Prabhu. While the 1983 model Land Cruiser that Mammootty’s character Michael drives belongs to a person in Kozhikode, the Contessa that Shine Tom Chacko’s character drove is from a collector based in Cherthala near Alappuzha.

A concern was damage as it is difficult to find spare parts. “Everything is planned to the T. The undertaking is that if there are ‘unplanned’ damages then the production house will pay for those. Spares cost three times their price, mechanics are hard to come by and they would charge more as these are ‘vintage’,” Prabhu adds.